This has been a busy month for the label. We are proud to announce the release of two brand new releases. Both are available for order in our ONLINE STORE and we can ship to anywhere in the world. 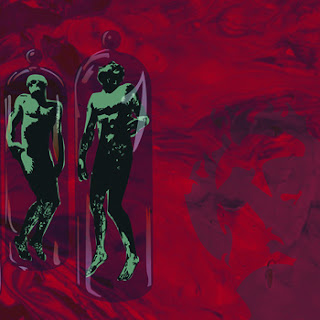 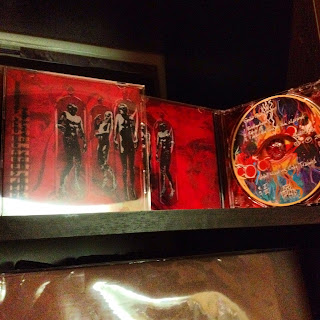 This is an audio document of a day spent in a rehearsal room in Melbourne, Australia - 20th May, 2012. 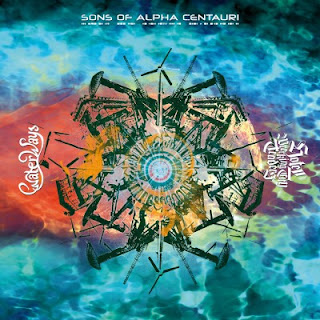 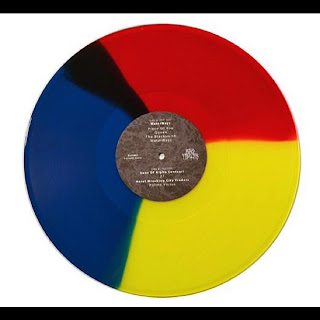 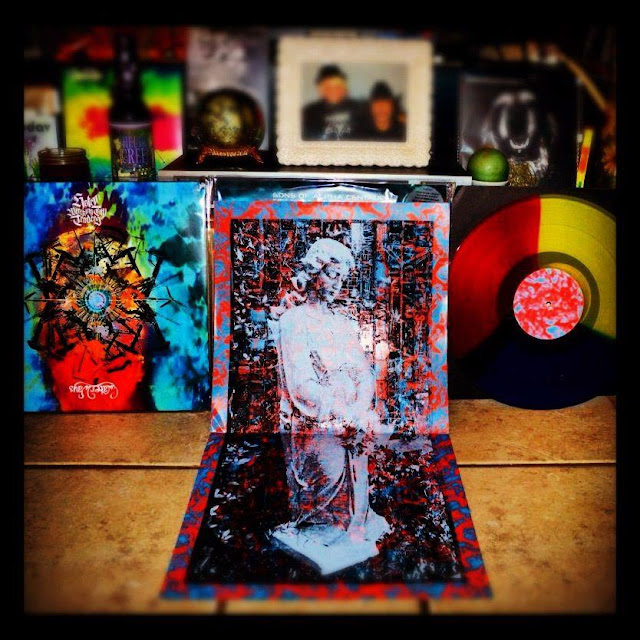 SIDE A
WaterWays
A1: Piece of You
A2: Queen (of the Passout Riders)
A3: The Blacksmith
A4: WaterWays


European release – Sons of Alpha Centauri (blue)
European release cover artwork by Alex Von Wieding comes with exclusive silkscreen print on the inside cover from Greasyspoon
Gallery Wieding and an additional CD, featuring all of the tracks on Mp3. The first 25 copies will also receive a poster from the 'Yawning Sons' / 'WaterWays' 7 inch (original released on SpaceAge & CheesecakeRecords) and PR insert sheet for the BroFi007 release on transparent paper.

All versions are numbered and stamped with shiny informative sticker on the front.

WaterWays (USA)
Gary Arce (Yawning Man, Sort of Quartet, Ten East, Dark Tooth Encounter)
Abby Travis (Abby Travis Band, Masters of Reality, Eagles of Death Metal, Brainticket, KMFDM, The Bangles)
Mario Lalli (Yawning Man, Fatso Jetson, Desert Sessions)
Tony Tornay (Fatso Jetson, Deep Dark Robot)
Southern California's ‘Waterways' darkly beautiful rock music is the result of a long over due collaboration of old friends rich
with shared musical history. Gary Arce & Mario Lalli have literally grown up playing and writing music together. ‘Yawning Man’
founded in 1987 by Arce, Lalli and Alfredo Henandez developed their signature sound with endless desert jam sessions amid
the cactus and dirt bike trails. Tony Tornay and Mario Lalli have been playing for the last 16 years in ‘Fatso Jetson’. ‘Abby
Travis’ and Mario first met over 25 years ago when Mario and her brother David Travis organized the now legendary outdoor
generator parties in Los Angeles and Palm Springs. Mario's early band ‘Across the River’ played Abby's 16th Birthday party
back when she was in ‘The Lovedolls’.
Abby looked to the bleak yet endearing characters hidden in the Southern California desert’s underbelly. From this comes
her visionary haunted folk tales of the new west dusted with drug lab dreamscapes and suburban legends. She draws
inspiration from the dark thunderous reverberation of Gary Arce and Mario Lalli's signature guitar work and cinematic
soundscapes. The result is an album of intriguing shadows and bursts of light. While Yawning Man's music as well as the
eclectic work of Abby Travis can be used for reference to the sound of this project, it only points you towards
the indescribable sights and sounds of ‘Waterways’!

Sons of Alpha Centauri (UK):
'Sons of Alpha Centauri' shall be presenting a true rarity from their vaults with a track recorded during the sessions from
their debut album ‘Sons of Alpha Centauri’ released on ‘Sound Devastation Records’ in 2007.
This eight-minute masterpiece was allegedly meant to be the centrepiece of the debut but was too long to feature! Now
having been re-mastered for vinyl at the ‘Ranscombe Studios’ where it was recorded it sounds as fresh now as the day it
was recorded calling on influences and sounds as far reaching and wide ranging as ever from the genre defying
instrumental rock pioneers!
‘27’ transcends styles, salivates anticipation ahead of the bands forthcoming second album currently in pre-production and
is a stunning reminder of why ‘Sons of Alpha Centauri’ established themselves with the pioneers in instrumental music
presented as always in a premier packaged deluxe presentation.

Hotel Wrecking City Traders (AUSTRALIA):
'Hotel Wrecking City Traders' are a duo of Australian brothers specializing in heavy noise explorations and progressive,
gargantuan beats. Occupying their own space with their hypnotic, ever-evolving pieces of crushing dirge and rhythm. Their
cosmic sonic movements often dusted with moments of sublime melody and ambience.
Their contribution to this gem like vinyl is the track 'Pulmo Victus' - a chilled but explorative passage designed to roam the
minds of the intoxicated and centered around a single tracked guitar loop recorded entirely live and without overdubs.
Having played on the live circuit with all kinds of musical heavyweights the 'Hotel Wrecking City Traders' invite you to come
and stay in their tripped out fuzz hotel and bliss out to this 9 minute masterpiece and return to earth a spiritually atoned person!
The sun-baked Aussie 'Hotel Wrecking City Traders' deliver yet another fine slab of new noise with an exclusive track
only available on this 'rare as Pegasus' shit 12" bought to you especially by 'Bro Fidelity'.

Posted by Bro Fidelity Records at 14:56