First off in the announcements for today is that we are proud to be releasing our 9th release.  It comes from none other than Hotel Wrecking City Traders' guitarist Toby Wrecker.

It is a limited edition (of 150) CD release, entitled 'Sounds of Jura'. Here's some info straight from the man himself:


This Release is a collection of home recordings recorded at various points throughout 2011/12. It's far from polished and is a what you hear is what you get kind of release. I had a great time putting these songs together and thought I should really do something with them rather than let them sit there collecting dust until like so many others are misplaced never to be heard again. The deal sealer for me with putting together this collection of tracks was when I messaged a buddy from school who I hadn't spoken to in probably 15 years or so. His name is Mauro Italiano and he is an artist from Turin, Italy. I asked Mauro whether or not he would be interested in doing some artwork for some music that I had made and he kindly said yes. After getting some rough sketches through, I realised just how amazing this guy was at his craft. It blew me away. After receiving the cover art which you can see I felt I really needed to honor both Mauro's talent and generosity. So I hope you enjoy all the sounds and visuals as much as we do. All the proceeds of this recording will go straight back into the next one which I hope to bring to you later this year.

We have had a string of excellent reviews for our two most recent releases, via various media. Please check them out: 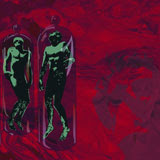 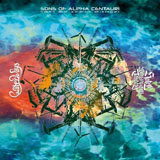 
We wanted to let you know about a SALE taking place at the All That's Heavy store (USA) if you want to pick up some discounted loot:

All of Hotel Wrecking City Traders' releases are now on sale over at the All That is Heavy Store. Go and grab a hefty discount.

We are hosting two consecutive nights of shows this Feb/March in Melbourne.